2022 is the year 19-year-old Santosh will never forget. Santosh dreamed of improving his life for the better by seeking employment outside his rural village in Nepal as a migrant worker. His life did change, but only for the worse. Santosh is now half the man he used to be after losing one of his two kidneys to an organ trafficking gang in Nepal, a South Asian country of 29 million and one of the poorest in the world.

“I never thought my life would turn out like this. I can hardly walk, I pass out easily and I can no longer lift heavy objects,” he said.

Santosh, who asked to be called by his first name only for fear of being shamed, is one of about half a million migrant workers who left rural Nepal in pursuit of a better life. Last June, he was lured by two men who came to his home village in central Nepal with the promise of a new job in New Delhi, the northwestern capital of neighboring India. In the following weeks, he was illegally trafficked to India through the porous land border the two countries share and then taken to a hospital in the eastern city of Kolkata, where doctors performed an illegal operation that removed one of his two kidneys.

“They stole my kidney, gave me a lot of money and sent me back to Nepal. I never knew what was done to me,” he said.

Since July 2022, the anti-trafficking division of the Nepalese police has arrested nine people accused of leading organ trafficking operations in the capital Kathmandu. Santosh would be one of dozens of victims this year.

Santosh was the only member of his family of six to earn an income of any kind. The work he did on a small farm of less than 13 hectares in the Nuwakot district of central Nepal left him with barely enough to get by. “I have four sisters and a mother at home, six mouths to feed and no money. I was desperate for this new job,” he said.

In Jamdi village, every other house has at least one person who has sold his kidney in the past due to financial need.

That desperation made him an easy target for traffickers. On arrival in New Delhi, he said he had been told he would have to undergo a blood test as part of the new job requirement. He said he had no idea what was being done to him in the hospital. “They asked me to say yes to everything the doctor asks, so I did. The doctor hasn’t probed further,’ he said. Santosh woke up after the surgery with acute pain in his stomach and was horrified to see the scar that is now a lifelong reminder of what was stolen from him.

Santosh told NewsHour that after the operation, the traffickers handed him $4,500 for his stolen kidney, one that will most likely be sold to a wealthy buyer willing to pay to spring for an organ transplant. He was given medicine and sent back to Nepal. When he returned home, he was unemployed again, still poor, but now with a chronic deficit. Santosh was bedridden for several weeks. He could no longer work on his farm, so he now works in a small tea shop in Kathmandu, earning less than two dollars a day. His stomach still hurts every time he bends over. He is no longer the healthy young man he once was.

Santosh, 19, now has a scar as a lifelong reminder of his stolen kidney. Photo credit: Zeba Warsi

“The donor can die and no one cares,” says Dr. Francis Delmonico, a transplant professional. Delmonico is a transplant surgeon and former president of United Network for Organ Sharing, which oversees the organ transplant system in the United States to ensure justice. He said all kidney donors need long-term care and monitoring. But in cases of illegal organ trafficking, donors like Santosh face serious health risks without medical supervision.

It is not just traffickers who should be blamed and punished for illegally selling and buying organs such as kidneys. Dr. Delmonico said the blame also lies with the government, hospitals and medical professionals, who may be negligent or even complicit in the trafficking.

“If a doctor breaks the law that prohibits the buying and selling of organs, the doctor should not be able to continue that practice,” said Dr. Delmonico.

There are internationally accepted standards for kidney transplant surgery that most countries, including India and Nepal, follow and are enforced by national laws. Those standards require written consent from the donor, in most cases the donor is family of the recipient – close family or relative, it must be established that the donor is not under any pressure or obligation to donate any monetary compensation for their kidney . “So the government has a responsibility, the professionals have a responsibility, the hospitals have a responsibility to be aware of this information,” said Dr. Delmonico.

“Who is the donor who is now providing a kidney to this particular recipient? Where do they come from? What is the relationship of that individual, the donor to the recipient? Those are facts that I believe are essential for a transplant to be done ethically,” he said. 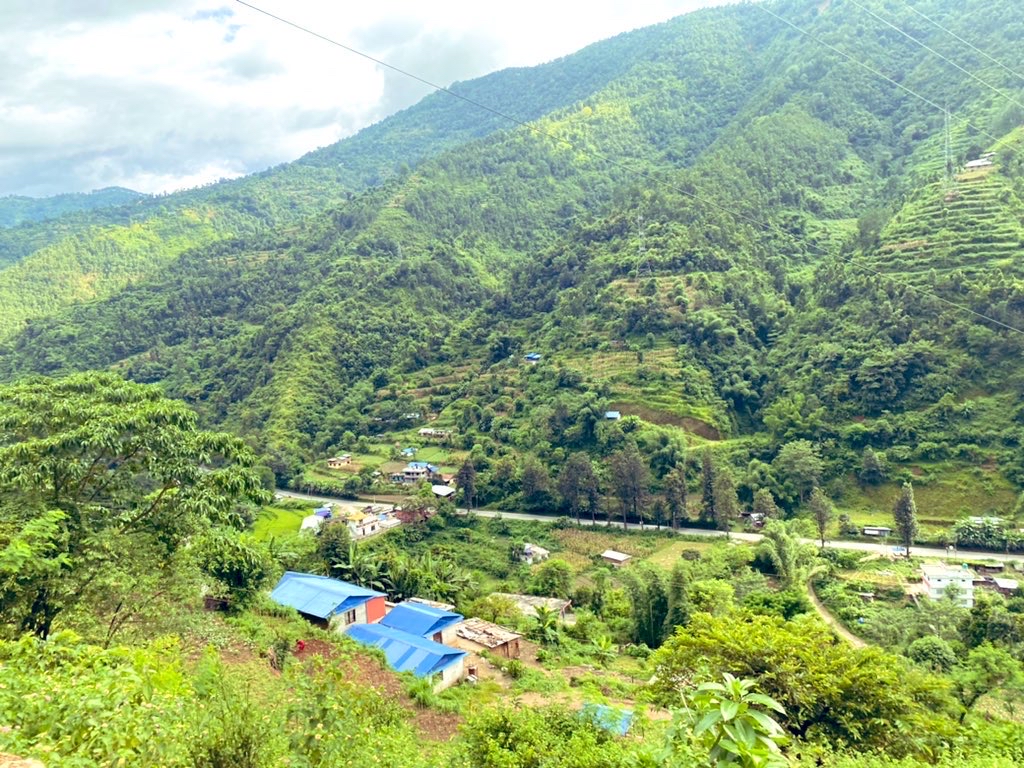 Nepal’s Kavre District is infamously known as “Kidney Valley” because it is home to villages where dozens of people either voluntarily sold their kidney for money or were trafficked and duped into it. Photo credit: Zeba Warsi

Nepalese officials told NewsHour that every victim they spoke to led them to the same hospital in India: Rabindranath Tagore International Institute for Cardiac Sciences, a hospital that has made headlines for illegal kidney transplants in the past. And yet it has never been prosecuted by the Indian authorities.

“We then wrote to the local authorities and we still haven’t heard from them. And if a single hospital is repeatedly in the news, there clearly seems to be a problem,” said Dr. Sanjay Nagral, transplant professional in Mumbai.

Dr. Sanjay Nagral is co-chair of the Declaration of Istanbul Custodian Group, an association of global organ trafficking experts from more than 100 countries that sets international standards for transplantation procedures. He said most cases of kidney trafficking in Nepal lead to hospitals in India. And a lot of money is involved in the illegal buying and selling of organs.

“Many transplants in South Asia, including India, are done in the private sector and there is a huge amount of money involved. So the rules of market medicine apply even more acutely or more strictly to transplantation. There’s a lot of money involved and then there are people who need kidneys who are wealthy and willing to pay what it takes for a healthy kidney,” said Dr. Nagral. At the time of publication, NewsHour’s calls and emails to hospital authorities and health officials in India went unanswered.

For years, poverty and desperation drove people to sell their kidneys to traders who make money from India’s kidney black market. This is part of Nepal’s larger problem of human trafficking: an estimated 35,000 Nepalese men, women and children are “sold” into some form of modern slavery and sex trafficking every year, according to the government’s latest report.

When kidneys are in high demand in India, poorer neighboring Nepal becomes the hunting ground for traffickers who either convince youths in Nepal to sell their kidneys for quick cash or trick them into doing so, as they did with Santosh.

Nepal has a troubled past with illegal ‘selling’ of kidneys. The Kavre district in central Nepal is infamously known as a ‘kidney valley’. Over the past two decades, dozens of men from villages there have either voluntarily gone to India to sell their kidneys or have been trafficked and smuggled in.

Nepal’s National Human Rights Commission told NewsHour that at least 150 people sold their kidneys from one village in the Kavre district, but only three cases were officially reported.

Murari Kharel, Nepal’s National Human Rights Commissioner, said this vulnerability stems from years of isolation. And the governments of India and Nepal and humanitarian organizations are falling short. “The government should pay more attention to this. Even humanitarian organizations have failed to raise awareness and provide support in those villages. They have been neglected for too long,” and citizens are then more vulnerable to falling victim to illegal schemes, Kharel said. 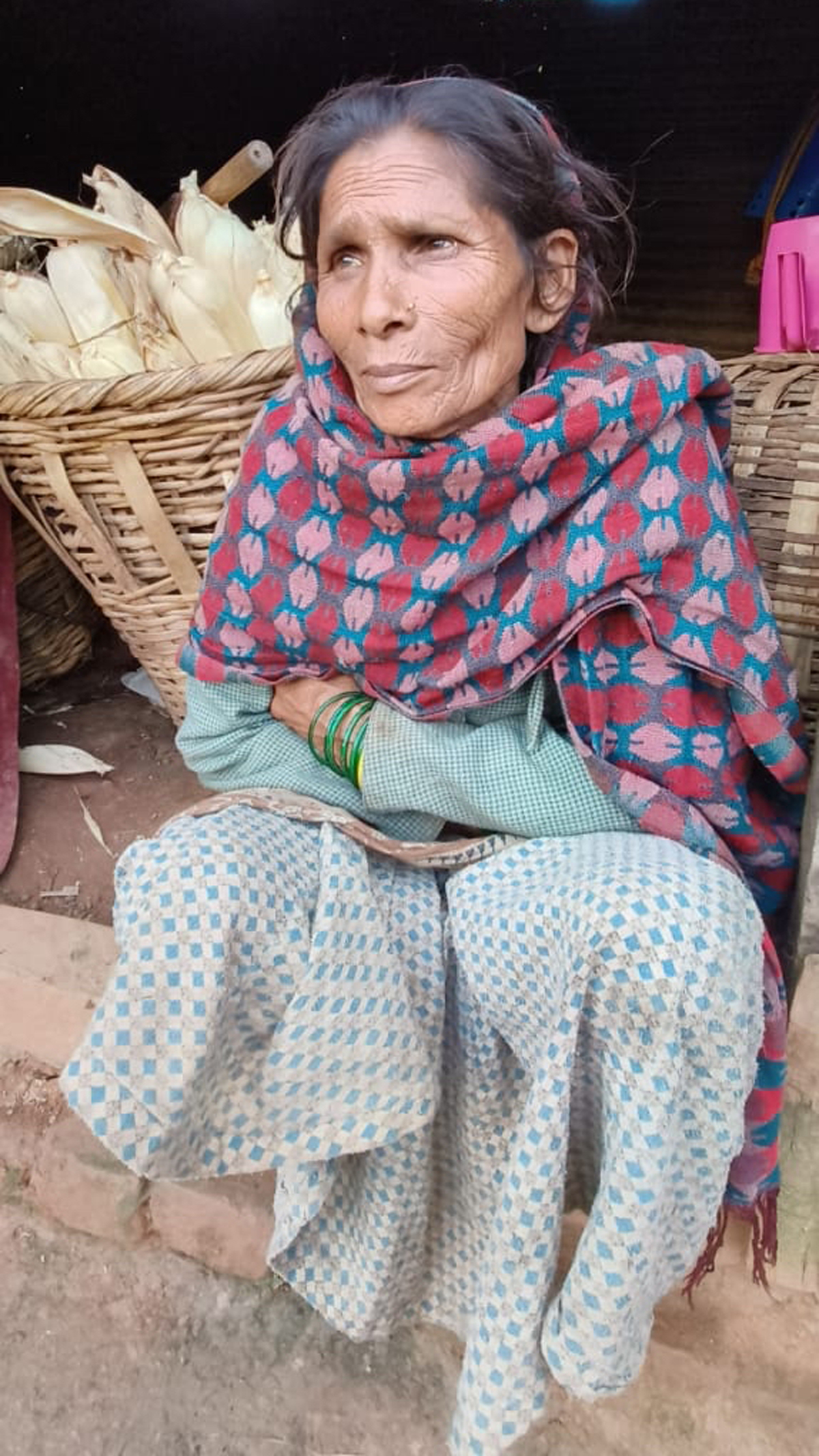 Kaali, 69, is worried about her son, who has sold his kidney out of poverty. Photo credit: Zeba Warsi

In the village of Jamdi, also located in the so-called ‘kidney valley’, every other home has had at least one person in the past who sold their kidney due to financial distress. “My eldest son donated his kidney a few years ago. He used to work as a construction worker. Now he is struggling with life, he is weaker and gets sick easily,” says 69-year-old Kaali, who asked to be identified only by her first name for fear of being shamed. She said her son received less than $500 for his kidney.

Just next door is another family in dire need. “I know my uncle’s kidney was sold when I was young. Every time he changed, we could see the surgery sign and grandma said his kidney was sold,” said 13-year-old Shuddhata.

Shuddhata, who also asked to be called simply by her first name for fear of being embarrassed, studies in the local school supported by her sister who works in Kathmandu. She loves to sing, loves languages ​​and strives to rewrite her family’s evil fate. Her uncle sold his kidney for only $300.

Only last month, Shuddhata stopped her father from selling his kidney out of desperation. He needed money to start a new business. His little girl talked him out of it.

“I cried and cried and all of us in the family urged him not to do this. He is both our mother and father because we don’t have a mother. After much pleading, he finally agreed not to sell his kidney,” she said.

Shuddhata, said she knows how her district is perceived: poor and desperate people who sell their organs for money. She wants to break free from that tradition and education is the key, she says.

“I hear about the sale of kidneys in our village and I know it is because of poverty. No one does such a thing when he is not in need,” she said. “I think we need education. Please help us with education, build us schools, create jobs for us. So nobody has to be so helpless that they sell their kidney.”