CME Group said SOFR derivatives set a one-day record of 7.56 million futures and options traded on Jan. 12, 2023, and a record open interest of 35.7 million contracts, as the industry moves further away from Libor. 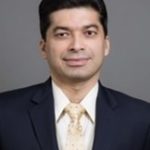 Agha Mirza, global head of rates and OTC products at CME, said in a statement: “Our SOFR futures and options complex continues to grow, and the records in volume and outstanding interest validate that SOFR is the most robust and well-designed US dollar. interest rate index available.”

After the 2008 financial crisis, there was a series of scandals about banks manipulating their entries to set Libor benchmarks, leading to a lack of confidence and threatening participation in the related markets. As a result, regulators have tightened their oversight of benchmarks and moved to transaction-based risk-free reference rates (RFRs), making them more difficult to manipulate and more representative of the market.

Clarus Financial Technology, the derivatives analysis provider, emphasized in a blog post that US dollar LIBOR will cease publication on June 30 this year.

By 2022, SOFR adoption has increased from 28% to more than half of the market, 58%, according to the ISDA-Clarus RFR Adoption Indicator. However, it was reported that more than $2.5 trillion in new US dollar interest rate swaps were being exchanged each month in 2022, meaning at least $62.7 trillion in notional value written referencing Libor in US dollars.

Clarus said that while all signs point to the Libor transition in US dollar markets being as smooth as it was in GBP, JPY and CHF last year, it’s worth pausing and noting just how big the Libor market in US dollar in 2022.

“Will 2023 be the year when $62 trillion in par value simply stops being traded in markets?” said the blog. “Or will that whole $62 trillion go into SOFR swaps?”

Could $62 Trillion Really Be About To Just Disappear? https://t.co/LwsHbEnubl

Clarus described assigning a figure to the impact of the USD LIBOR shutdown on volumes as “a lottery” as it could range from 33% down to 10% up, with the Libor shutdown in other currencies was used as a guideline.

“The markets need transparency and they need accurate volume numbers so that market participants can continue to have confidence in the markets,” the blog read.

Trading volume for interest rate derivatives and credit derivatives increased in 2022 compared to the previous year according to the latest ISDA SwapsInfo Quarterly Review.